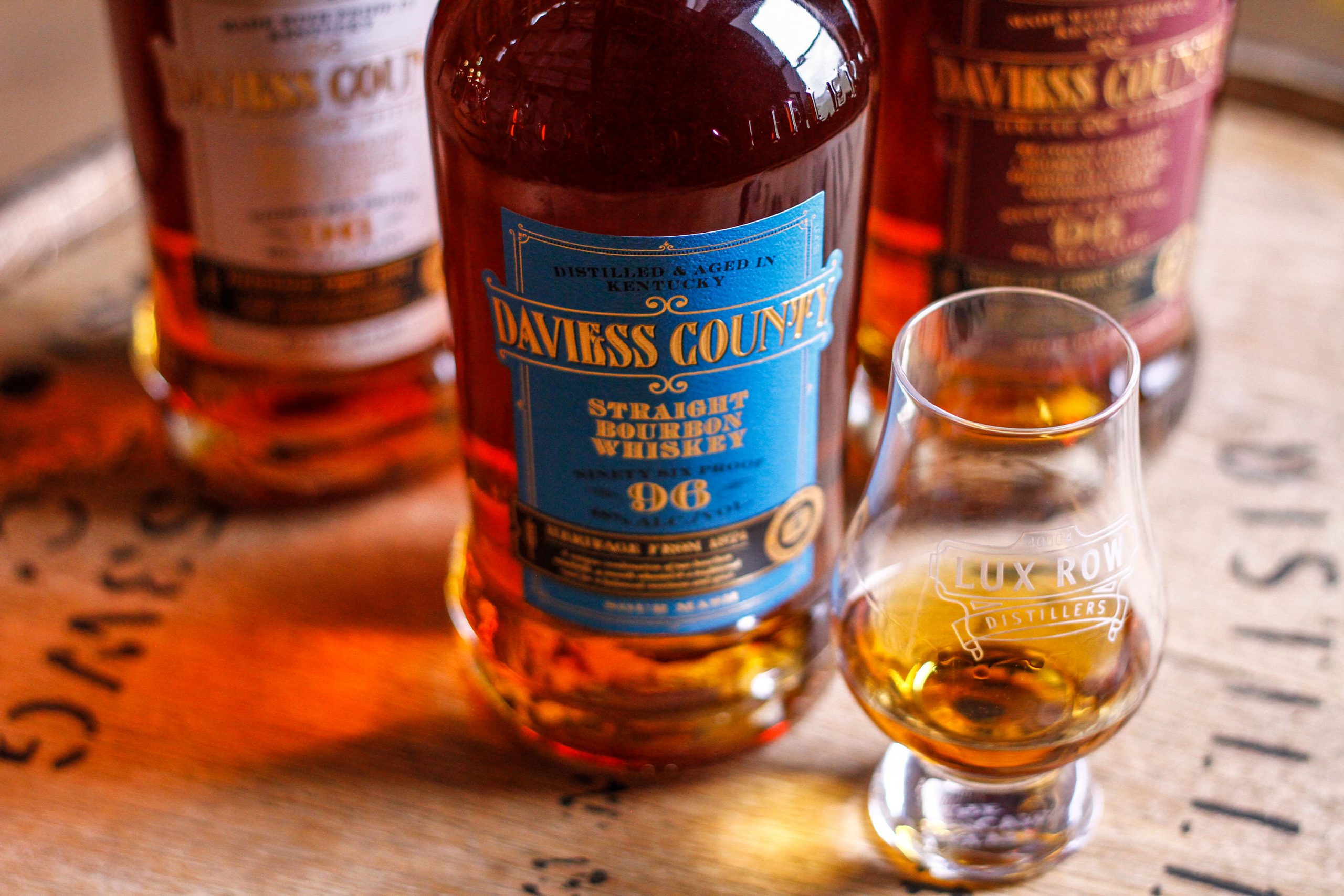 Every bourbon has its own story — but few can compare with the saga of Daviess County Distilling Company.

One of the first great bourbon distilleries in the state of Kentucky, this pioneering label that’s over a century old paved the way for a generation of distillers.

A little background on its place in history: Daviess County Distilling Company was first founded in 1874, pre-Prohibition. After opening in Daviess County, it helped the locale become a bustling center for bourbon, with more than 20 other distilleries eventually setting up business in the surrounding area.

When Prohibition hit, Daviess County Distilling was one of the few distilleries that managed to survive by selling bonded medicinal whiskey.

In February 2020, as a nod to the rich distilling history of Daviess County, Lux Row Distillers decided to bring the label back to life, and re-introduced it as an ultra-premium offering.

“With this label, we first wanted to make sure we paid homage to the Daviess County heritage from 1874,” says Brand Manager Philip Lux. “We wanted to bring a very old brand a new look, with a label that stands out on the shelf, while having a classic ultra-premium look and feel.

“It’s rare to find a bourbon like this with such a storied history,” Lux adds. “That’s part of what makes it special in the Lux Row family. We’re proud to revive a name that has contributed to Kentucky’s reputation as the home of bourbon.”

Daviess County’s line features three bourbons, all bottled at 96 proof, and all boasting a mix of two mashbills: one wheated and one ryed.

The wheated mashbill adds smoothness, while the ryed adds spice, coming together in a balanced profile.

If all that isn’t enough, two of the three bourbons get a secondary finish, which Lux says adds “an unmistakable complexity” to the flavor of the bourbon.

Daviess County Cabernet Sauvignon Finish, which takes the Daviess County KSBW and then finishes it for six months in cabernet barrels from California’s Napa Valley. This provides additional notes of fruit and oak, layered over honey, caramel, and vanilla.

And lastly, the Daviess County French Oak Finish, which takes the KSBW and finishes it for six months in French oak barrels — adding all of the chocolate and oaky spice notes that French oak is known for.